Ten years after Bob “Spider” Seiderman lost a battle with cancer, his legacy lives on in the flying faders of sports-production audio-mixing rooms across the country.

TV sports fans can feel as though they are on the field of play, thanks to Seiderman’s dedication to audio perfection and numerous innovations. While at Fox Sports, he talked the NFL into allowing him to place a mic on umpires and talked MLB into letting him mike bases and outfield walls; at CBS Sports, he redefined Daytona 500 and racing coverage with mics placed on the retaining walls of the track.

“He approached audio as if it was the primary function of televised sports instead of something on the back bench of a production truck,” says Fred Aldous, Fox Sports senior audio mixer and Seiderman’s protégé.

Seiderman, born Oct. 19, 1947, in New York City, earned accolades as an audio assistant in Korea during the Vietnam War. When he returned from Vietnam, he followed his passion and joined CBS as an audio assistant and soon headed up audio for The Merv Griffin Show. When the show moved to Los Angeles, Seiderman, a New Yorker at heart, passed on the offer to go west and stayed behind to continue working on soap operas, live TV, and live music. “He loved live TV,” says Andrea Ganz-Seiderman, his widow. “He called it ‘crunch time’ and loved going to work and planning the events. That made his life.” 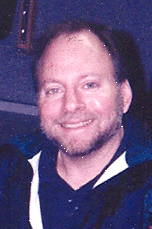 Shifting to CBS Sports, Seiderman began to revolutionize sports-TV audio one event at a time. The Daytona 500 was his favorite event (a studio at the race track named in his honor indicates that the affection was mutual) as the two weeks of setup for each race gave him the opportunity to experiment with new techniques and equipment.

“One year, he went out to the Radio Shack and purchased $19 microphones that could handle the sound pressure and put them on the walls of the track,” says NBA VP of Engineering Mike Rokosa, who worked with Seiderman at CBS Sports. “He didn’t go for the expensive professional mics, just a $19 mic from Radio Shack.”

CBS Sports audio didn’t just evolve under Seiderman; it skipped complete evolutionary cycles in a single event. Super Bowl XXI in 1987 was not only the first sports event televised live in stereo but also the first to be done in surround sound.

One of Spider’s strengths was his ability to inspire confidence from company higher-ups. For the Super Bowl, he not only sold management on the idea of taking a gamble with surround sound but got them to roll the dice during the biggest TV sports event of the year.

“Bob began mixing in stereo months earlier on other events, even though the events were broadcast in mono, so it would be second nature to him by the time the broadcasts began.”

When Fox Sports acquired NFL rights in 1994, Seiderman joined that network and, alongside Jerry Gepner, Fox Sports EVP, began a new chapter in sports audio. “He was committed to the fact that the sights of TV do not have the same impact without the sounds,” says Fox Sports director Artie Kempner. “Bob was able to get the resources to go out and hire a submixer so the broadcast would have more layers of audio. Bob was our ears and innovator.”