The opportunity to be involved in such ground-breaking achievements was something John Porter probably didn’t envision in 1974 when, at age 26, he left his hometown of Belfast, Northern Ireland, for Australia. Tired of the violence and fighting, he was ready for a change. “I lived right in the middle of the fighting,” he says, “and it was time to go off to a nice, sunny country.”

With a degree in electronics engineering from Queens University in Belfast and experience working for Ulster TV, he landed a job at Amalgamated Wireless Australia, an amalgamation of Marconi’s Wireless Telegraph Co. and the Australian Wireless Co.

A specialist in microwave products, Porter eventually made the move back to TV, working for the Seven Network in Sydney as an ENG development engineer. “Electronic newsgathering was just started, and I mentioned that I had seen a microwave system,” he recalls. “No one knew much about it, and it seemed to be my niche.”

It was there in the ENG department that the first steps were taken towards wireless systems that would transform TV sports coverage. Getting pictures from helicopters for coverage of bush fires in the Outback was the first step. The next, and first sports-related step, was putting camera operators on boats and getting pictures off the yachts and back to shore.

“We would have cameramen on the yachts for the start of the Sydney-to-Hobart race with normal ENG equipment,” says Porter. “An assistant would point an antenna to a helicopter overhead.”

The first step related to auto racing was for the Hardie-Ferodo 500, an endurance race in Bathurst. “For as long as man has been racing cars, they have tried to get pictures out of them,” says Porter. “I was given a budget and then set about how to do it. I also had found racing teams that would be willing to work with me.”

Those early systems were very big. In fact, the biggest challenge was not in transmitting the signals but in ensuring that, in the event of an accident, the 70-pound systems didn’t become projectiles that would kill the driver. That meant securing the system securely to the body and rollbars. 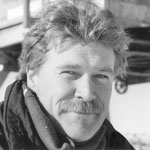 In 1980, kismet struck, in the form of a CBS production executive who was in Australia for the Miss World program. Sitting in a hotel room, the executive saw the in-car coverage of the Hardie-Ferodo 500 and invited Porter and colleagues David Curtis and Peter Larsson to Daytona, FL.

“We saw horrible crash sequences of cars totally demolished,” says Porter, “and, being engineers, we thought, yes, this is a chance to build something.” For the next three years, CBS Sports had a contract with Seven Network for development of systems suitable for NASCAR coverage.

Those first systems used a Thomson camera because it was a two-part camera with a small head and detached back. That made it easier to shrink the footprint of the system, a requirement to get NASCAR racing teams to sign off on the additional weight.

In 1995, Porter and the staff at BSI had one of their top thrills when NASA sought to have their systems installed in astronauts’ space suits. “When NASA came to us in 1995, we had enough experience to say there was no way we could comply with everything they needed us to do because it would ruin us as a company,” says Porter. Lockheed Martin took on the contract and assigned the project to BSI.

Weight was not the biggest issue, he says, thanks to the weightless nature of space travel. But figuring out how to protect the system — which had to withstand cosmic rays, the vibrations at liftoff, and temperature swings of 200 degrees Celsius within 75 minutes — kept the team busy. “A team of Lockheed Martin engineers advised us as to the environments,” says Porter, “but it was our engineers that designed everything.”

Today, he is semi-retired, spending half of his time in France and the other in Maryland working at Janteq, a company that designs specialty microwave equipment.

“Cameras are going to get smaller, and technology will become different, but people will always want to see the view of what the driver or sportsman is experiencing. Whether it’s diving off of a cliff or racing a car, they want that experience.”